History Of the Quack'R'Duck Bus

The original mass produced amphibious vehicle were built for the USA army specifically for World War II amphibious army operations. These were named DUKWs and was a modified version of the 1940s GMC CCKW six-wheel-drive military truck. A steel hull was used to keep the vehicle watertight. These vehicles whimsically got the nickname "Army Ducks". 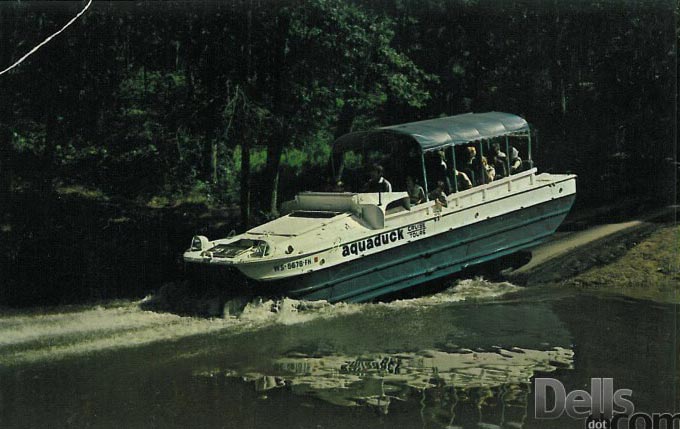 In the late 1950s and early 1960s the USA Army focused on the design and construction of a purpose built army amphibious vehicle that would be more durable and more suitable for Army applications. It came up with the LARC series of amphibious craft. The hulls of these craft were constructed of Aluminium. 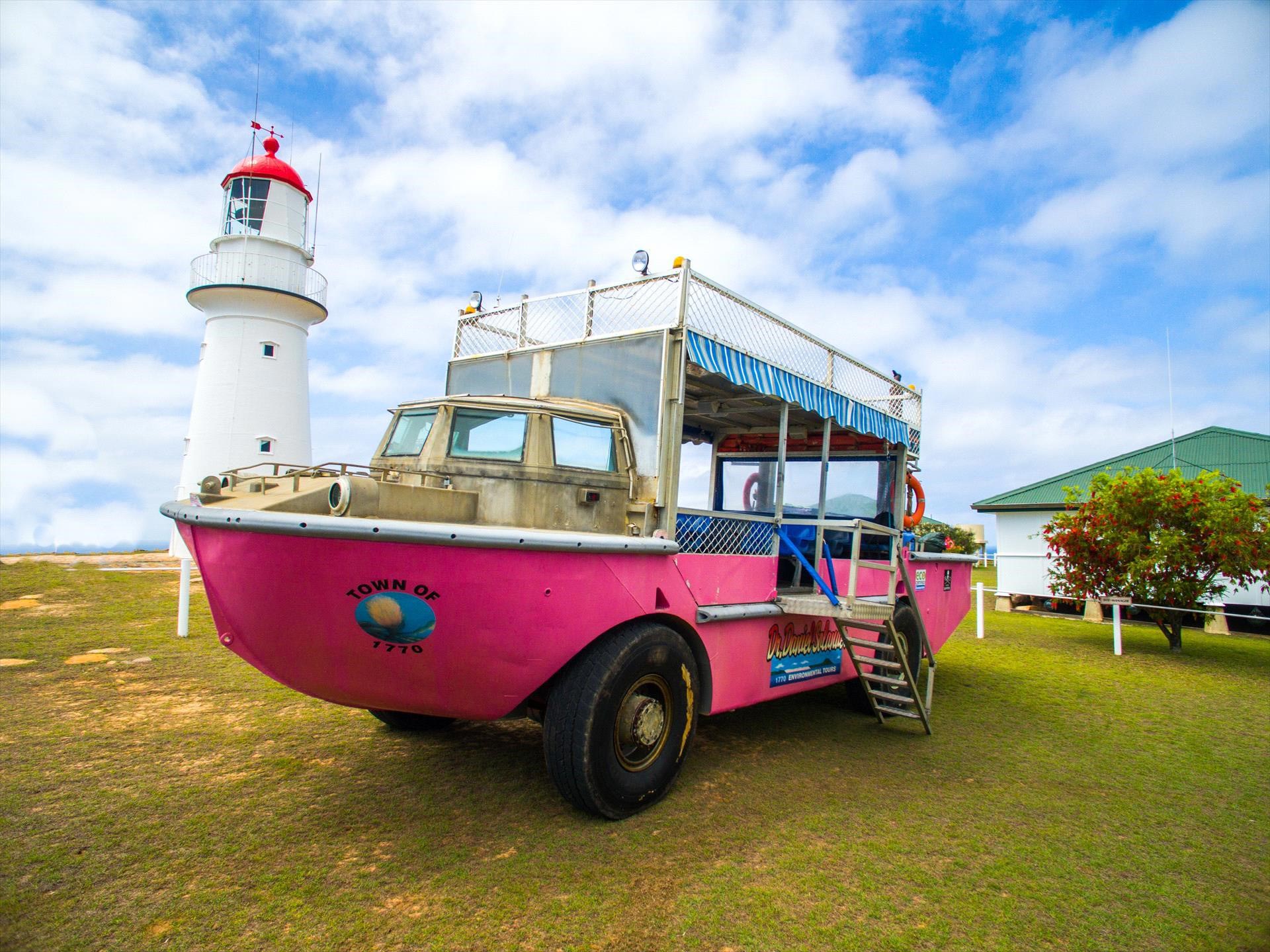 In 1992 the McIntyre family created a business with the intention of operating an amphibious bus tour in Surfers Paradise. At that time there were two other amphibious tours operating in Australia; one in the 'Town of 1770' utilising an ex-army 5 Ton LARK and another in a rainforest outside of Cairns utilising an ex-army steel 1940s DUKW. Neither of these vehicle were compliant for use on Australian public roads.

The DUKW were not well engineered, made of steel and not suited for reliable tourist sight seeing tours on public roads.

It was deemed to utilise the more superior engineered LARC V army amphibious craft (late 1950s design) which became available through an Army Auction at about this time.

The LARC V is 3 metre wide, where the maximum with permissible vehicle width on Australian public Roads is 2.5 metres. It was initially envisaged that a wide vehicle permit might be obtain to operate this as a tourist vehicle on Public Roads in Surfers Paradise. However this idea quickly vanquished when practical considerations were taken into account.

It was at this stage that the Company decided that it must 'bite the bullet' and highly modify the Army LARC including narrowing the vehicle to 2.5 m in order to operate this as a tourist vehicle on Public Roads.

After 3 years of design and engineering these modifications were complete

Australia alone has been the only Country in the World to successfully modify the 5 tonne LARC, including reducing the width of the vehicle to 2.5 metres, which is an essential requirement when driving on public roads.

In May of 1996 Aquabus Safaris commenced tourist operations on the Gold Coast.

Today the Gold Coast is synonymous with amphibious bus tours driving around the streets of Surfers Paradise and on sailing about on the Broadwater.

In 2004 the Company Aquabus Safaris was sold on to new owners.

The LARK V had several serious limitations. They remain without suspension and thus have a rigid ride on the road. High maintenance and parts supply remain problematic. They were designed with a top speed of 50 km/hr - flat tack. The Aluminium hulls of these craft were not designed to drive on solid Tarmac roads (no suspension to cushion the rigid hull).

With knowledge gained over these years an engineer from Aquabus Safaris decided that there was a lot of improvement to be made over the LARC V design and bring the technology of these amphibious vehicles into the 21st Century.

In 2003 an Australian Company set out to use the improved technology of the day and to design and construct an amphibious vehicle suitable for the tourism industry that did not have the limitations of the 1950s LARC design.

The first amphibious vehicle constructed by Aquabus/Aquaduck Manufacture Pty Ltd was completed in 2007 and this design has subsequently proved extremely successful. These vehicles incorporate complete axle suspension ensuring a smooth ride on the road. They are noticeably quiet, very economical and produce low exhaust emissions. All grease points have been eliminated below the water line producing zero pollution runoff in the water.

These craft have been purposely designed for the commercial use in salt water operations. 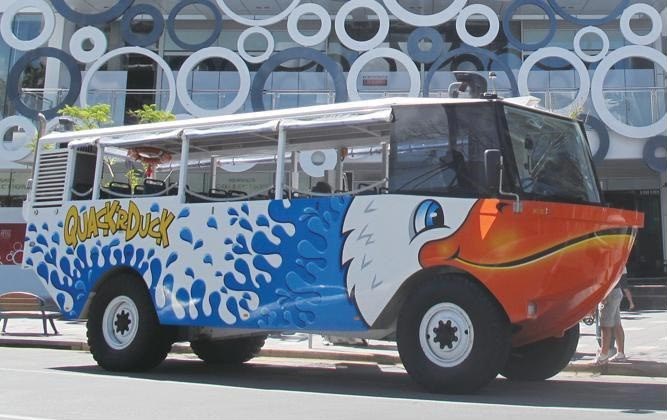 Some other Companies without the expertise in amphibious vehicle design have attempted to modify an existing latest model Truck and convert these into an amphibious vehicle. Unfortunately this reckless approach is not feasible, especially for vehicles intended for Salt water use. Any truly amphibious vehicle must be purposely designed from ground up.